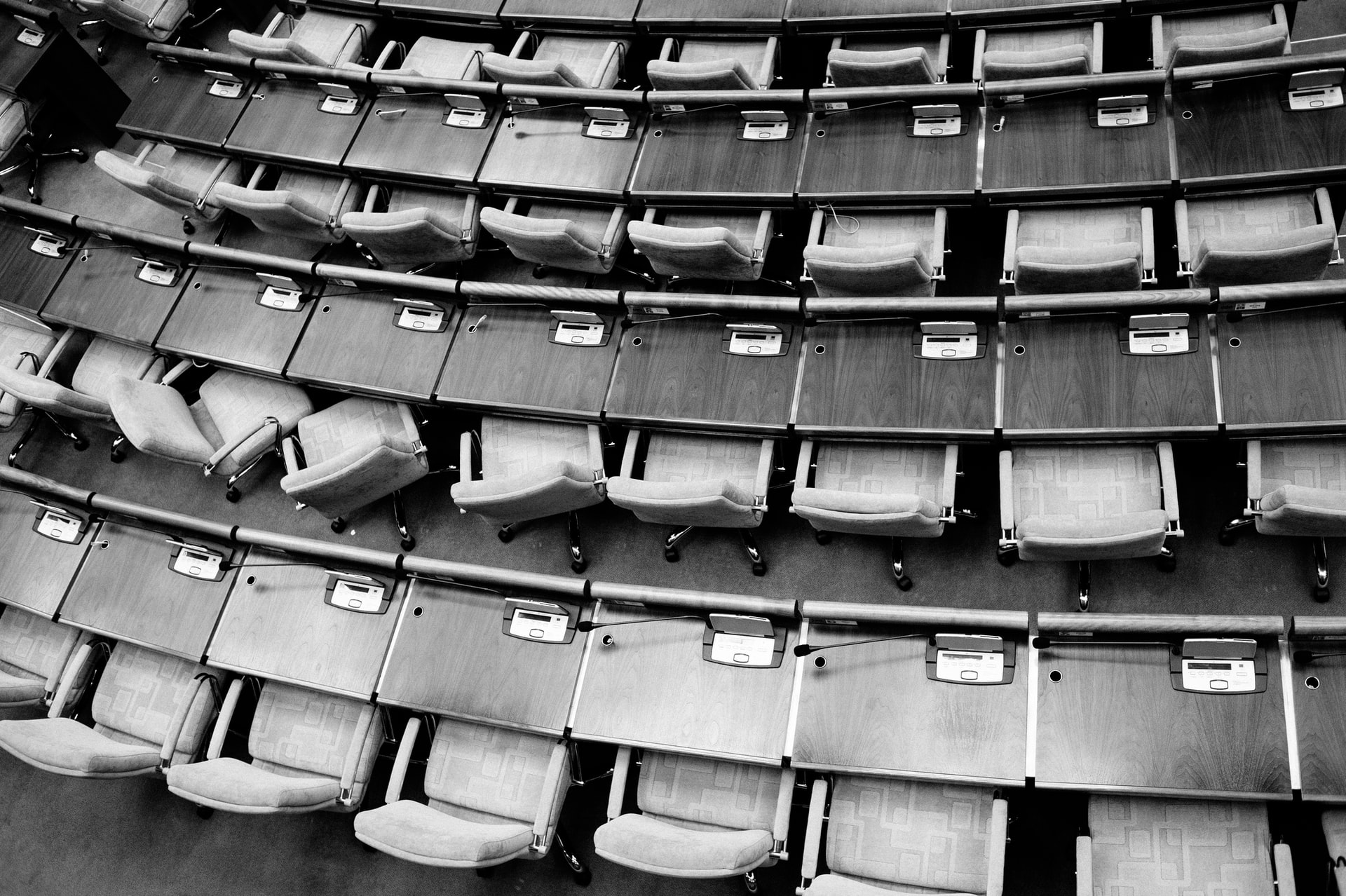 A Lack of Transparency with Ordinance 31-21

Since I first learned about the proposed West Lafayette Ordinance 31-21 at the beginning of December, the attitude of the West Lafayette Council members toward those who are concerned with the proposed legislation has been shocking. The lack of transparency with the community is one of the chief reasons I first chose to organize the Lafayette Citizens for Freedom.

Although West Lafayette Mayor John Dennis affirms his “commitment to exercise all the power that my office allows to prevent Dr. Sanders [sic] ordinance from passing” and although WLFI reported that members of the community “feel it violates parental rights, religious liberty, and individual rights” (see report here), only Vice President Gerald Thomas is willing to go on record in opposition to Ordinance 31-21. The other Council members have not been willing to state their position on 31-21 and have ignored inquiries for their position and citizens’ questions posed to them about 31-21.

Before the Council meeting on December 6th when 31-21 was first made public, many members of this community who had serious concerns with Ordinance 31-21 sent emails to all the Council members asking them either to adopt a clear religious exemption clause or to vote nay on 31-21. While Co-Sponsor David Sanders responded to some who voiced concerns by stating, “Here is the actual wording of the ordinance…” with the remainder of the email simply being a quotation from the Ordinance without any response to the concerns raised over the wording of the Ordinance, none of the other council members took time to respond at all.

At the Council meeting, only two concerns were briefly considered by the Council. Kathy Parker suggested 31-21 may be a violation of parents’ rights. Larry Leverenz suggested 31-21 might precipitate a lawsuit if not carefully reworded. The Council members chose to table the legislation until January 4th and told all the citizens with concerns about 31-21 to leave without voicing their public comments about 31-21. Over this past month Lafayette Citizens for Freedom compiled the questions citizens have been asking Council members who support 31-21 into the following list:

For those who rejected the religious exemption clause posed by the leader of West Lafayette’s largest group of non-licensed faith-based counselors (see blog here), there also remained the question:

Lafayette Citizens for Freedom first sent this Position Inquiry to all the Council members on December 16th, 2021. Attached was a brief explanation of why each question was asked and a Google Form, permitting them either to reply via Google Form or as an email reply at their convenience. Of the 9 Council members, only Vice President Gerald Thomas has chosen to publicly state a position, going on record stating he is against 31-21 and supports the proposed religious exemption clause.

While none of the other 8 Council members have taken a public position by responding to the Position Inquiry, Larry Leverenz replied by stating “some of us have issues with the ordinance as presented, hence the reason for trying to include wording that will protect the rights of faith-based entities as well as parents and guardians.” However, he did not respond to the Position Inquiry with specific amendments to protect these rights. Additionally, Lafayette Citizens for Freedom reached out to him twice, offering to schedule and host a meeting for any interested Council members and any concerned parents, attorneys, and faith-based leaders. He has chosen to not respond to either email.

The implications of the Position Inquiry and emails others have been sending show that the Council is not being transparent. With the exception of Vice President Gerald Thomas, who should be commended and supported for his timely response to the Inquiry, the other Council members have repeatedly ignored requests to make their positions public or state how they plan to amend 31-21. Instead they have tried to ignore the many, many community members who have serious concerns about Ordinance 31-21. But we will not permit them to silence us. 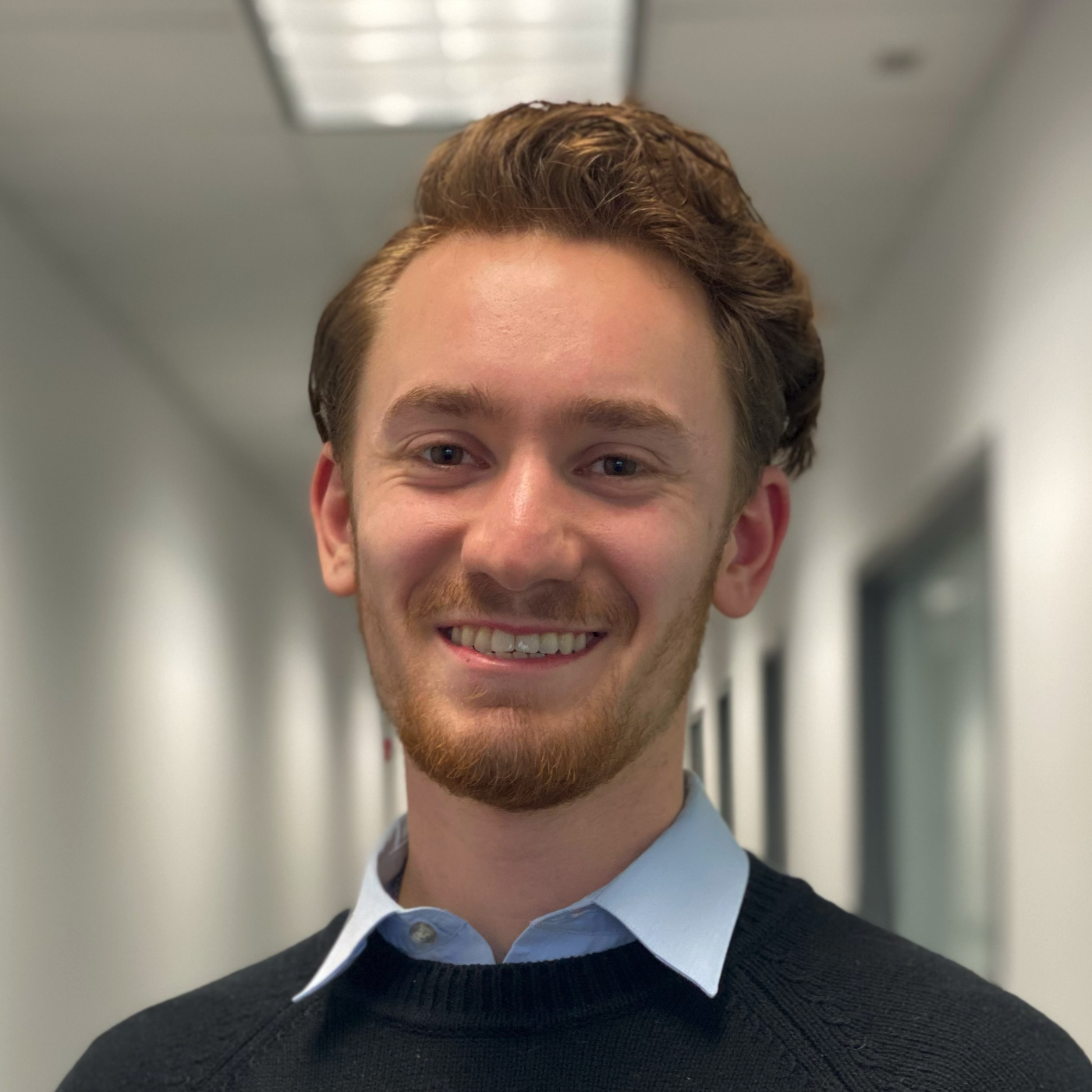 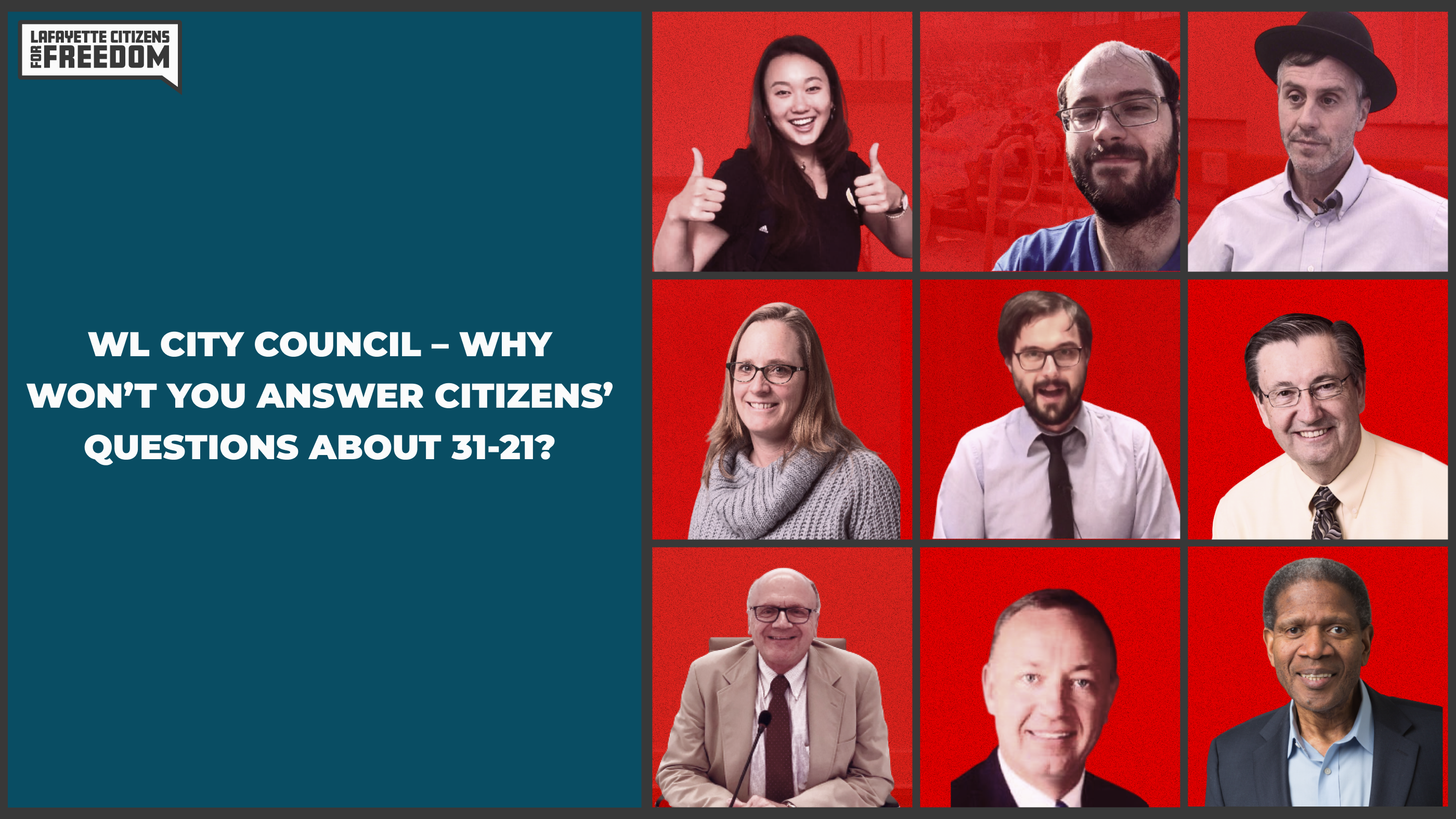 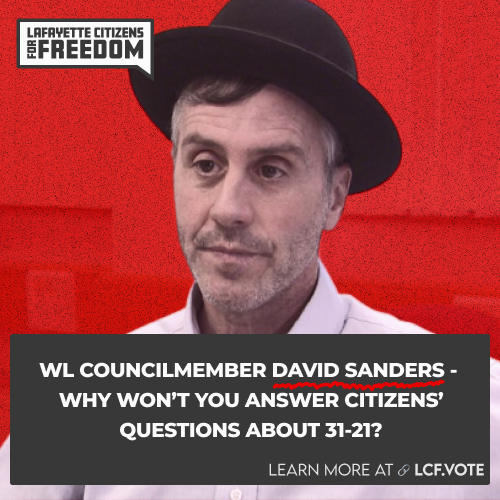 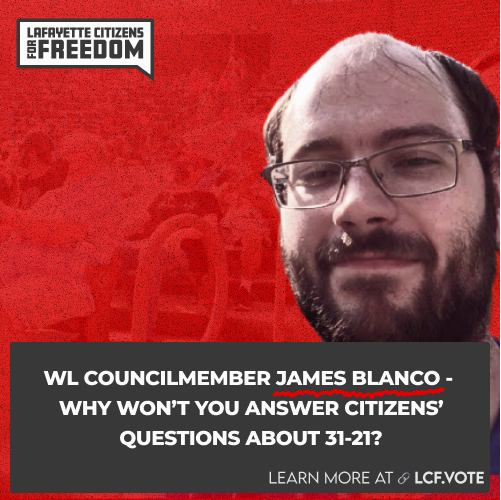 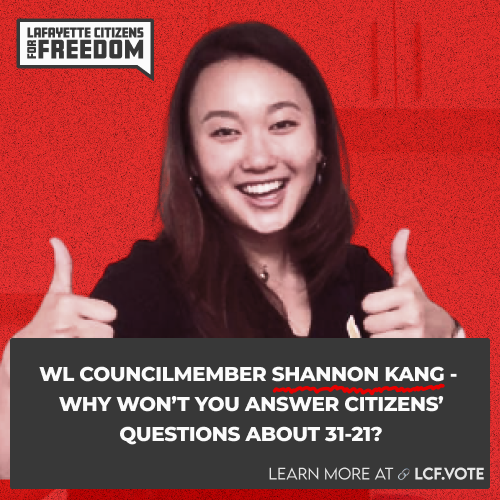 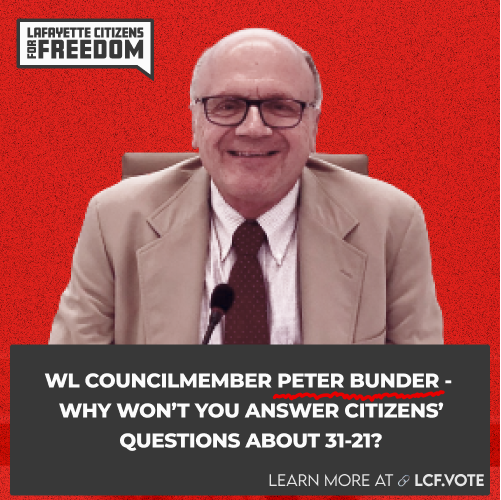 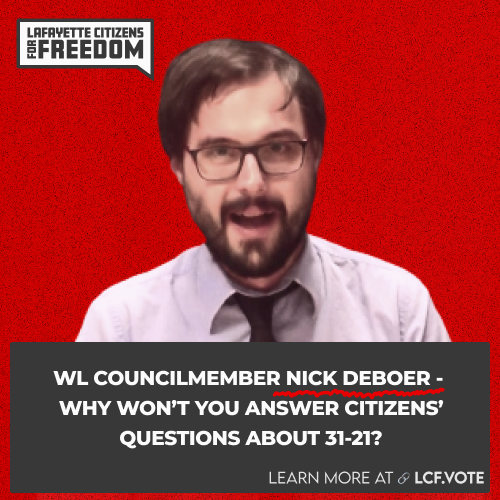 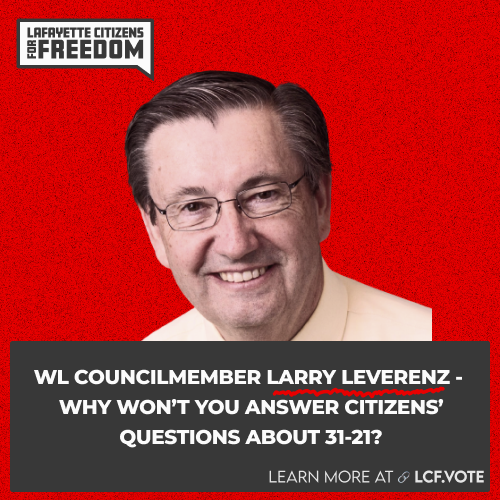 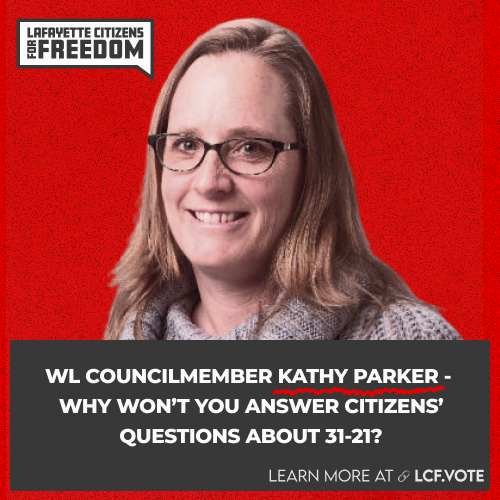