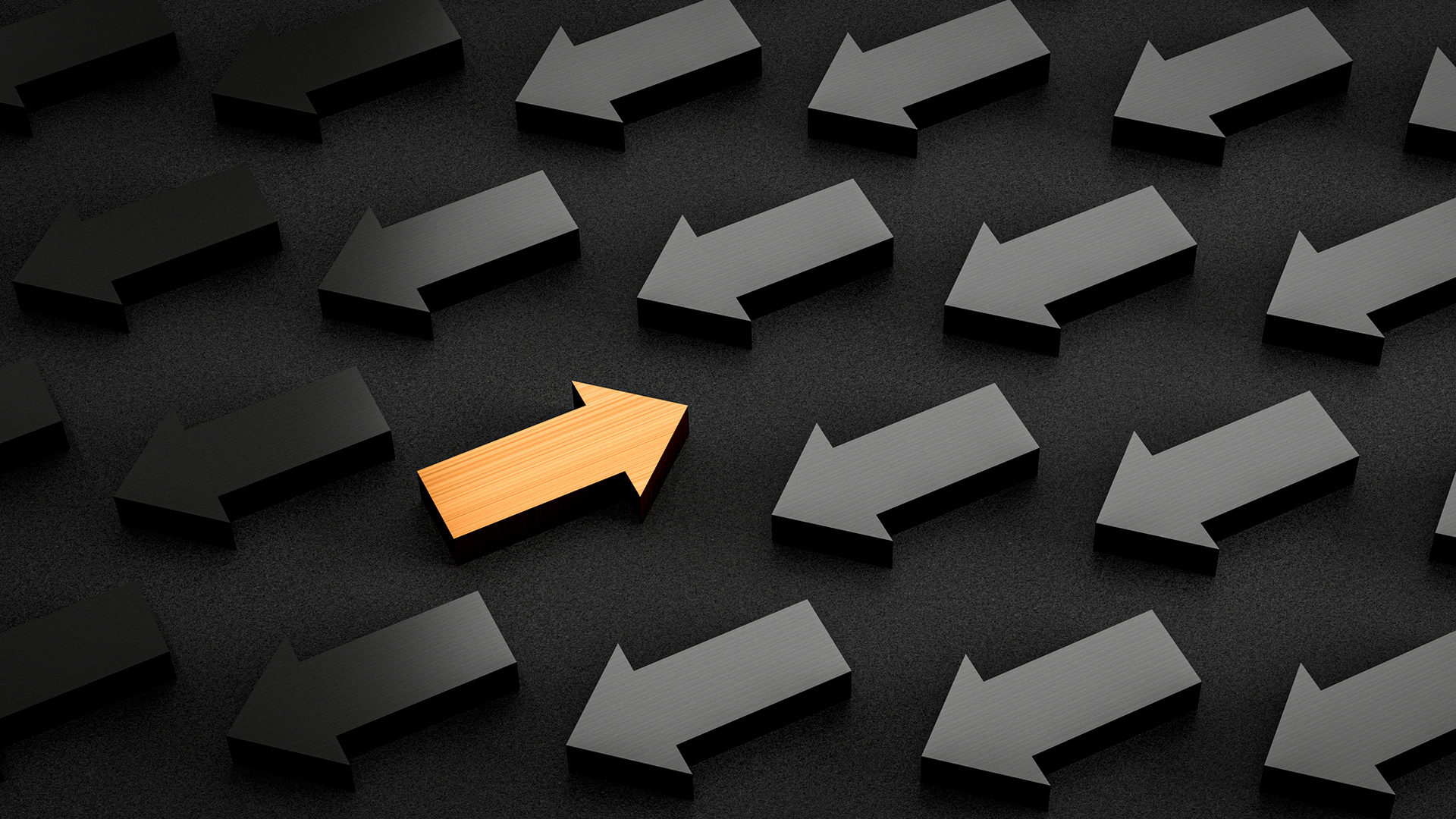 How ‘Conversion Therapy’ Bans Are Akin to Apostasy Laws

This article was originally published by The Gospel Coalition on JANUARY 8, 2022.

The Story: A proposed city ordinance in Indiana highlights why bans on “conversion therapy” can be a threat to the gospel.

The Background: The city council of West Lafayette, Indiana is considering an ordinance that would make it illegal for “unlicensed” counselors to counsel minors on human sexuality in a way that conflicts with LGBT+ orthodoxy. For example, if a teenager goes to a Christian counseling center about unwanted same-sex attraction or gender dysphoria, it would be breaking the law to give them answers based on biblical sexual ethics. The penalty for violating the ban on so-called “conversion therapy” is a fine of $1,000 per day.*

The proposed ordinance defines “conversion therapy” as any practices or treatments that seek to “change an individual’s sexual orientation or gender identity, including efforts to change gender expressions or to eliminate or reduce sexual or romantic attractions or feelings toward individuals of the same gender.”

The law makes an exception, though, for counseling that affirms a minor’s embrace of homosexuality or gender identity. According to the ordinance, “Conversion therapy shall not include counseling that provides assistance to a person undergoing gender transition, or counseling that provides acceptance, support, and understanding of a person or facilitates a person’s coping, social support, and identity exploration and development, including sexual-orientation-neutral interventions to prevent or address unlawful conduct or unsafe sexual practices, as long as such counseling does not seek to change an individual’s sexual orientation or gender identity.”

“Counseling,” as defined by the proposal, refers to “techniques used to help individuals learn how to solve problems and make decisions related to personal growth, vocational, family, and other interpersonal concerns.” “Unlicensed person” is defined as any person not licensed or governed by Ind. Code § 25-1-1-1 et seq. and the State of Indiana’s Professional Licensing Agency who provides counseling and/or psychotherapy. The ordinance makes no exception for pastors or other religious counselors.

Why It Matters: Because of the attention the ordinance is receiving by such groups as Lafayette Citizens for Freedom, it will be surprising if this proposal comes up for a vote. The council members who wrote the vote apparently did not have the text vetted by a lawyer, for in its current wording it’s clearly unconstitutional. There is a reason that every state with a “conversion therapy” ban has targeted licensed mental health providers rather than “unlicensed” counselors such as pastors and other religious leaders. Because this proposed law would restrict speech based on content or viewpoint, it would be subject to the “strict scrutiny” standard and would likely be blocked by the courts as soon as it was passed.

The people of West Lafayette still have an obvious interest in fighting the ordinance since spending taxpayer funds defending such a poorly written ordinance will waste city finances. But why should anyone else care about an ordinance that may never make it out of city hall? Because the logic of “conversion” bans is a threat to the gospel.

The West Lafayette ordinance begins with a statement of faith—“contemporary science recognizes that being lesbian, gay, bisexual, or transgender is part of the natural spectrum of human identity and is not a disease, disorder, or illness”—and threatens to use the force of law to prevent people from persuading others against this religious belief. In this, the ordinance is the LGBT+ equivalent of Islamic apostasy laws, where a person is punished for committing heresy by verbally denying some principle of belief prescribed by the Qur’an or a Hadith.

The ordinance also defines counseling as helping “individuals learn how to solve problems and make decisions related to personal growth, vocational, family, and other interpersonal concerns.” This is a form of counseling that is essential to the process of making disciples (Matt. 28:18–20). As Jeremy Lelek of the Association of Biblical Counselors points out, “The whole of Scripture is God’s counsel to mankind, and all believers are called to teach this counsel to others.” Part of that counsel is to flee from sexual immorality, including engaging in homosexual acts (1 Cor. 6:18; Rom. 1:26–27).

Based on the text of the ordinance, counseling teenagers by telling them what God says about sexuality is a form of punishable heresy since it violates the sacred texts (e.g., statements by the American Psychoanalytic Association) of some West Lafayette city council members.

Thankfully, the First Amendment still protects us against apostasy laws handed down by local city councils. But in America, laws and legal principles, even those embedded in the U.S. Constitution, can be changed based on the whims of the people. We need to be able to do a better job explaining to our fellow citizens—including, unfortunately, many Christians—why we must protect our right to promote the gospel even when it conflicts with secular religious beliefs.

* As has been recognized for years, some forms of conversion therapy (also known as reparative therapy) conducted on minors have been harmful and abusive. Christians should be opposed to such so-called therapy that is concerned more with changing who a teen is sexually attracted to than with teaching them to live faithfully for Christ. We should also be opposed to the numerous harmful and abusive “treatments” for gender dysphoria, such as destroying sexual function and fertility through hormones, or surgically removing genitals or breasts. 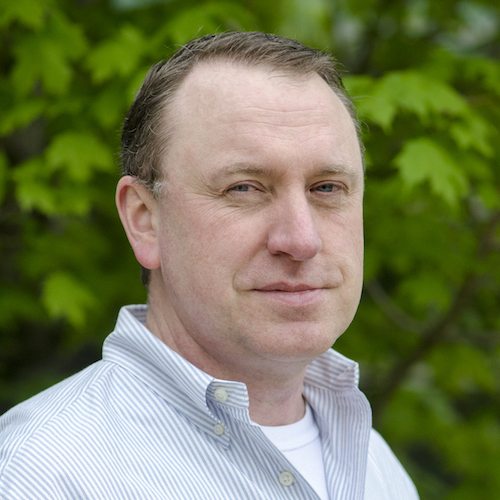 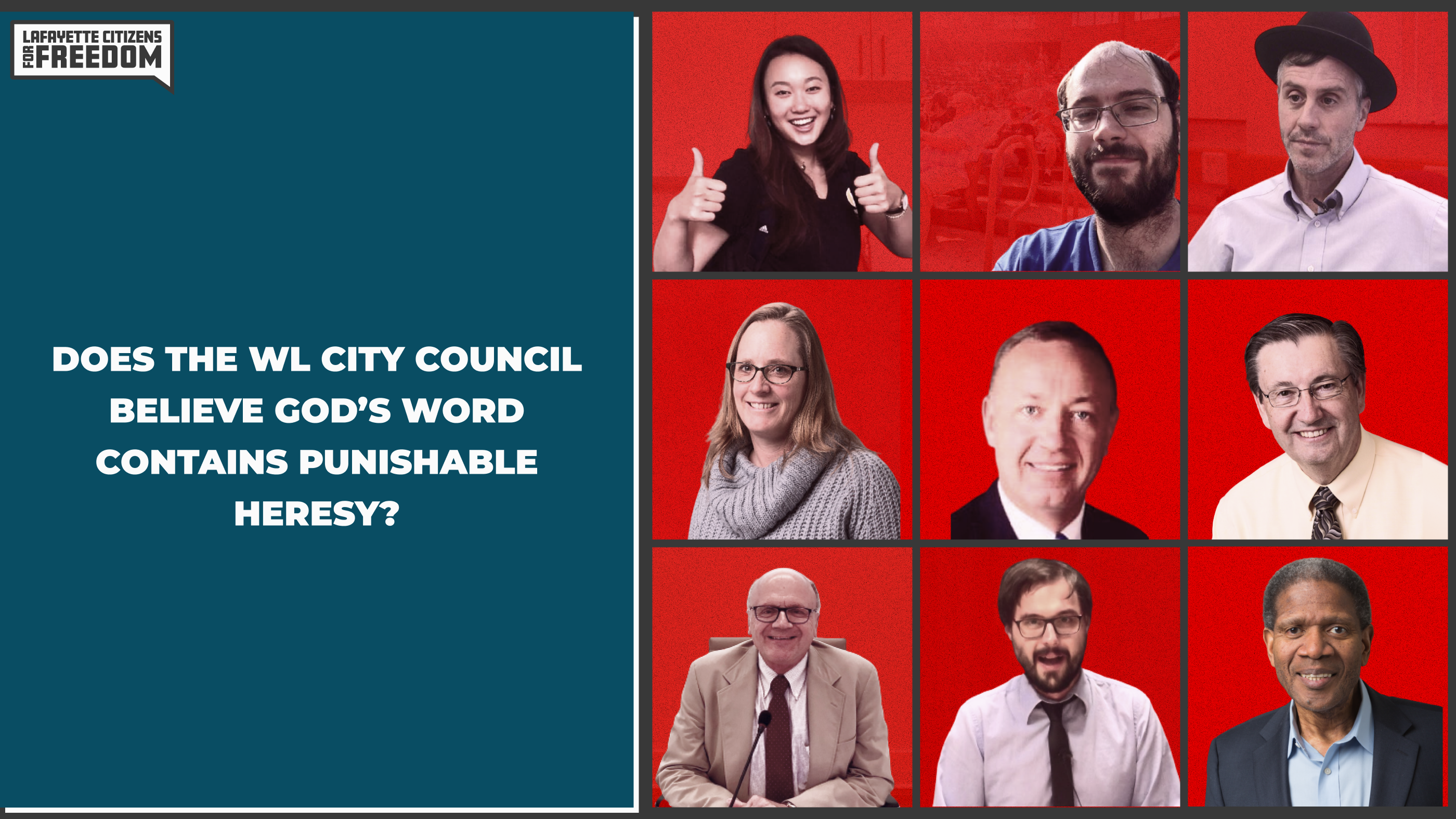 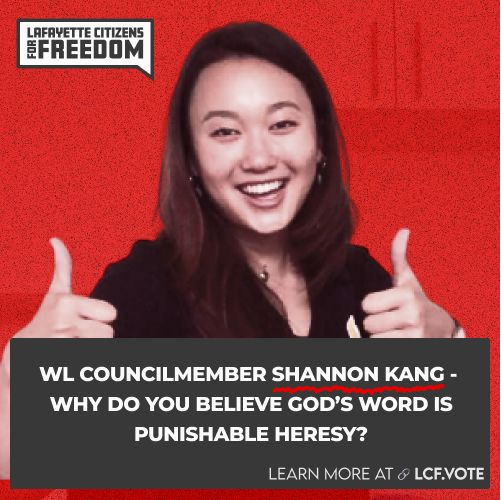 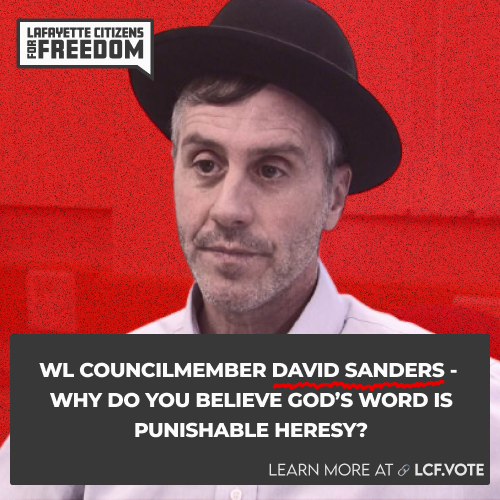 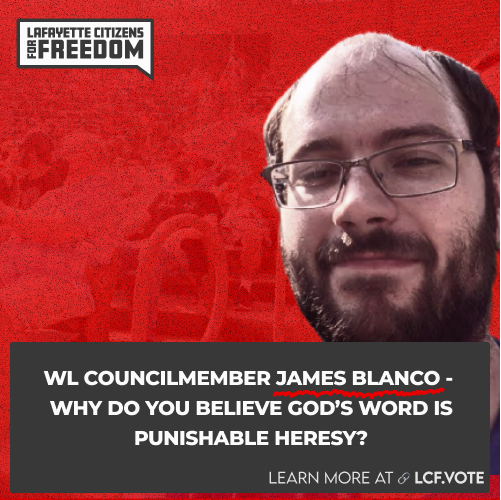 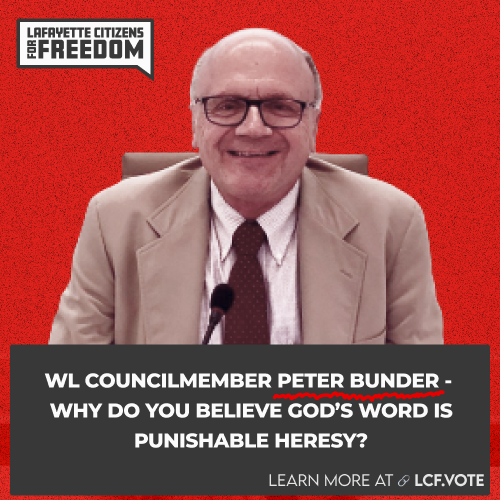 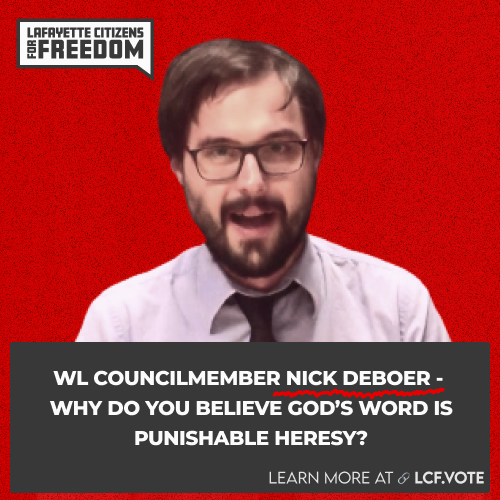 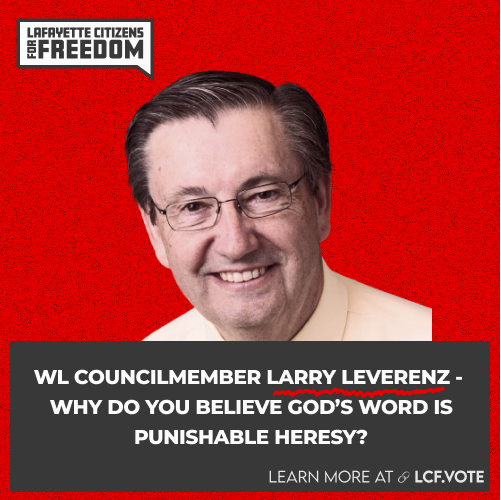 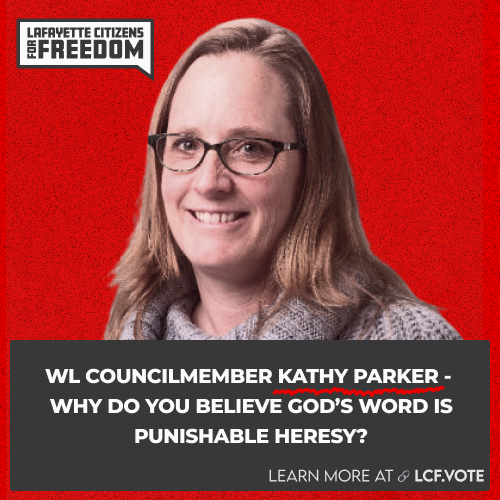