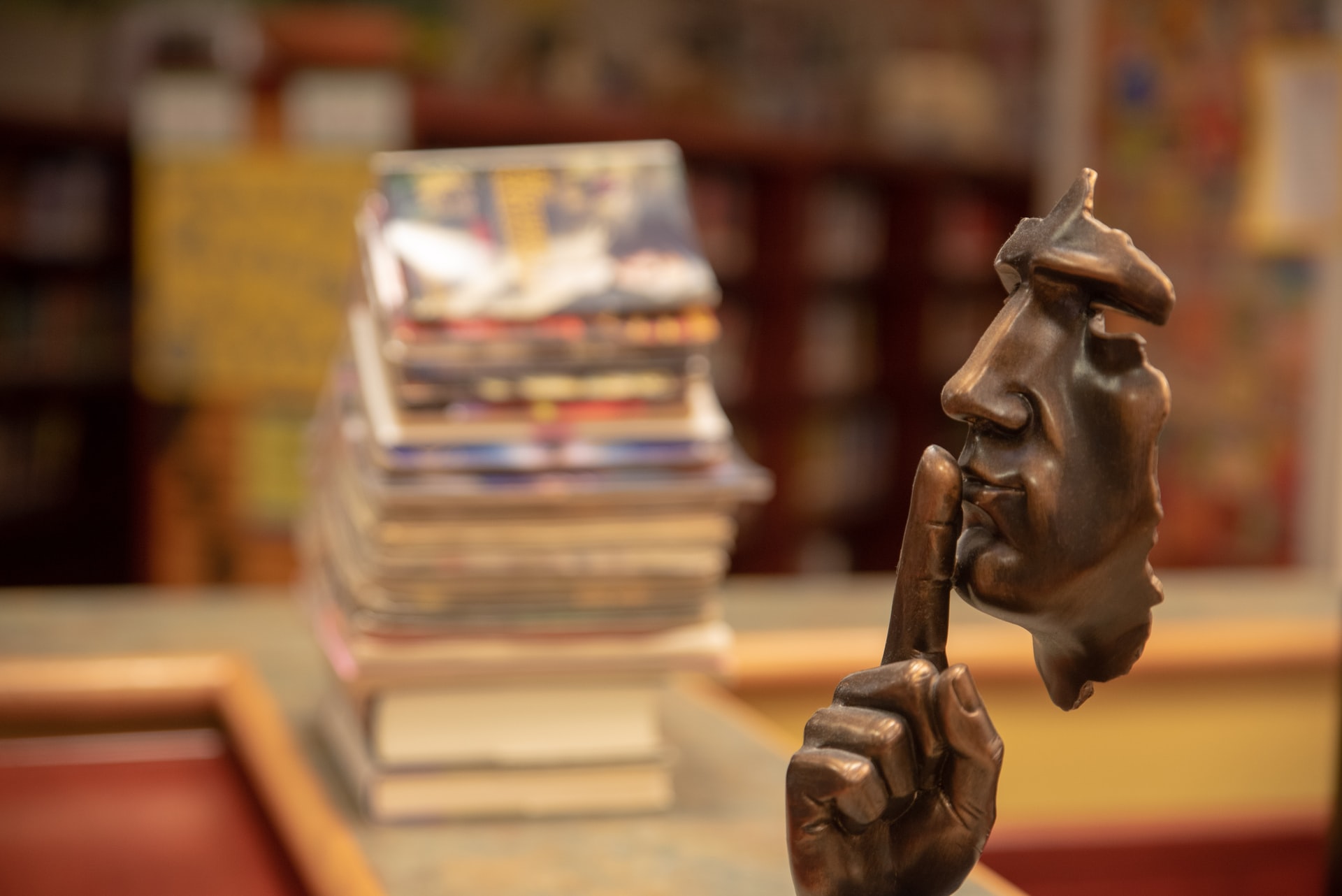 Ordinance 31-21 Violation of The First Amendment

When I first learned about potential legislation by the West Lafayette Council, I knew that such a proposal was in clear violation of our 1st Amendment rights. Pastor Steve Viars of Faith Church of Lafayette has a helpful video explaining what ordinance 31-21 is and why it is a threat to all practicing bible-believing Christians. Joe Carter of The Gospel Coalition has recently published an article titled “How ‘Conversion Therapy’ Bans are Akin to Apostasy Laws.” I commend this reading to you.

Understanding what ordinance 31-21 is, it seemed helpful to explain an important section of the 1st Amendment, but also on how our 1st Amendment rights are being violated by the West Lafayette’s proposed ordinance 31-21. Let’s begin with the concept of the Separation of Church and State.

What The Concept of Separation of Church and State Means

For starters, the concept of Separation of Church and State is a historically important point to understand because it serves as the catalyst for West Lafayette’s Council attempting to breach our 1st Amendment rights. On October 7, 1801 and January 1, 1802, an exchange of letters was written by the Danbury Baptist Association of Danbury, Connecticut and President Thomas Jefferson. Their concern was that as the government was becoming more formalized, there would be a potential breach of governmental interference with the religious expression of their beliefs.

It’s fascinating to read some of the history, but in summary, Jefferson responded as follows:

Believing with you that religion is a matter which lies solely between man and his God,…I contemplate with sovereign reverence that act of the whole American people which declared that their legislature should make “no law respecting an establishment of religion or prohibiting the free exercise thereof,” thus, building a wall of separation between Church and State.

In other words, Jefferson clearly stated that the “wall of separation between church and state” was to protect churches from governmental interference, not that the government is to be protected from churches.

You have to understand that the Danbury Baptist Association had good reason for their concerns. Due to Europe’s state-run church’s severe religious persecution of many European nationals, who would later become the North American colonists, they fled to what is now called the United States of America. They didn’t want a repeat of a kind of state-church government. So when the 1st Amendment states that “Congress shall make no law respecting an establishment of religion or prohibiting the free exercise thereof”, it meant two things: (1) They neither wanted a state sponsored religion, nor did they want (2) their religious beliefs to not influence government.

West Lafayette Council and The Violation of our 1st Amendment Rights

Like the Danbury Baptists and their predecessors, it seems as though Christians today are facing grave concerns as well, particularly with West Lafayette’s abject violation of our 1st Amendment rights.  It appears they’re attempting to violate the expression of our religious beliefs to the degree that Christians had better not practice what they preach, especially in the area of biblical counseling, lest you be fined by the police at a rate of $1,000 per day!

It’s as though the Council put a period after the word “religion” stated in the first clause of the 1st Amendment and conveniently forgot that there was a comma there, thus leaving out the practice of our religious beliefs in the counseling room.

The Separation of Church and State doesn’t mean the wholesale liquidation of religious influence in the private or government sector. It doesn’t mean that the only place we can worship or practice our religion is within the privacy of our homes!

So when I see the kind of proposed ordinance that the West Lafayette Council is attempting to pass into legislation, they are, in fact, “prohibiting the free exercise” of our religious beliefs not just in the counseling room, but even to parental rights – what a terrifying thought! This is precisely what the Founders of our country did not want, yet it has the potential to happen in real time – this proposed legislation is right on our doorsteps!

Follower of Christ – do not bow to this kind of proposed tyranny. We serve Christ, not Caesar. We give to Caesar what is Caesar’s and we give to God what is God’s (Mark 12:17). This ordinance is a threat to the expression of our religious beliefs on human sexuality, and our rights are not an alienable right granted to us by our state or government, let alone the West Lafayette Council. We have inalienable rights that comes from God. Do not bow to Caesar.

Inalienable Rights Come From The God of The Bible

Simply put, Christians –  we are free – free to exercise our God given right to fully express our religious beliefs whether at home or in public. Part and parcel of what it means to be endowed by our Creator with certain inalienable rights is the privilege of life (Acts 17:28), the freedom to live out and to share the Gospel with others in any setting (1 John 2:5) and to pursue happiness within the framework of God’s Word (1 Peter 3:10).

I can be a follower of Christ anywhere and everywhere. I have the freedom to minister Gospel truths to anyone with no restrictions or fear of reprisal. The Apostle Paul had a prayer request. He asked the Thessalonian church to pray that the Gospel would “spread rapidly and be glorified…” ( 2 Thessalonians 3:1).

The Lord has raised up the United States of America. He has also raised up Christians in this country for times such as these when our liberties are threatened (Esther 4:14). The Gospel has spread rapidly due to the many freedoms we currently enjoy. The 1st Amendment allows us to fully express those religious convictions. My prayer is that the God of the Bible would have us to maintain those freedoms for as long as He will allow for the further advancement of His Gospel. Let’s not allow the West Lafayette Council to restrict our religious beliefs by remaining silent. One of the ways we can express our freedom is to oppose this unconstitutional bill by signing the petition in here to uphold personal liberty, parental rights, and religious freedom.

Freedom always comes with a cost. Bear your cross and may your feet be shod with the preparation of the Gospel of peace (Mark 8:34; Ephesians 6:15). One hymn writer said it well.

O Church, arise, and put your armour on;
Hear the call of Christ our Captain. 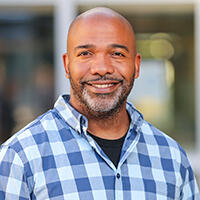 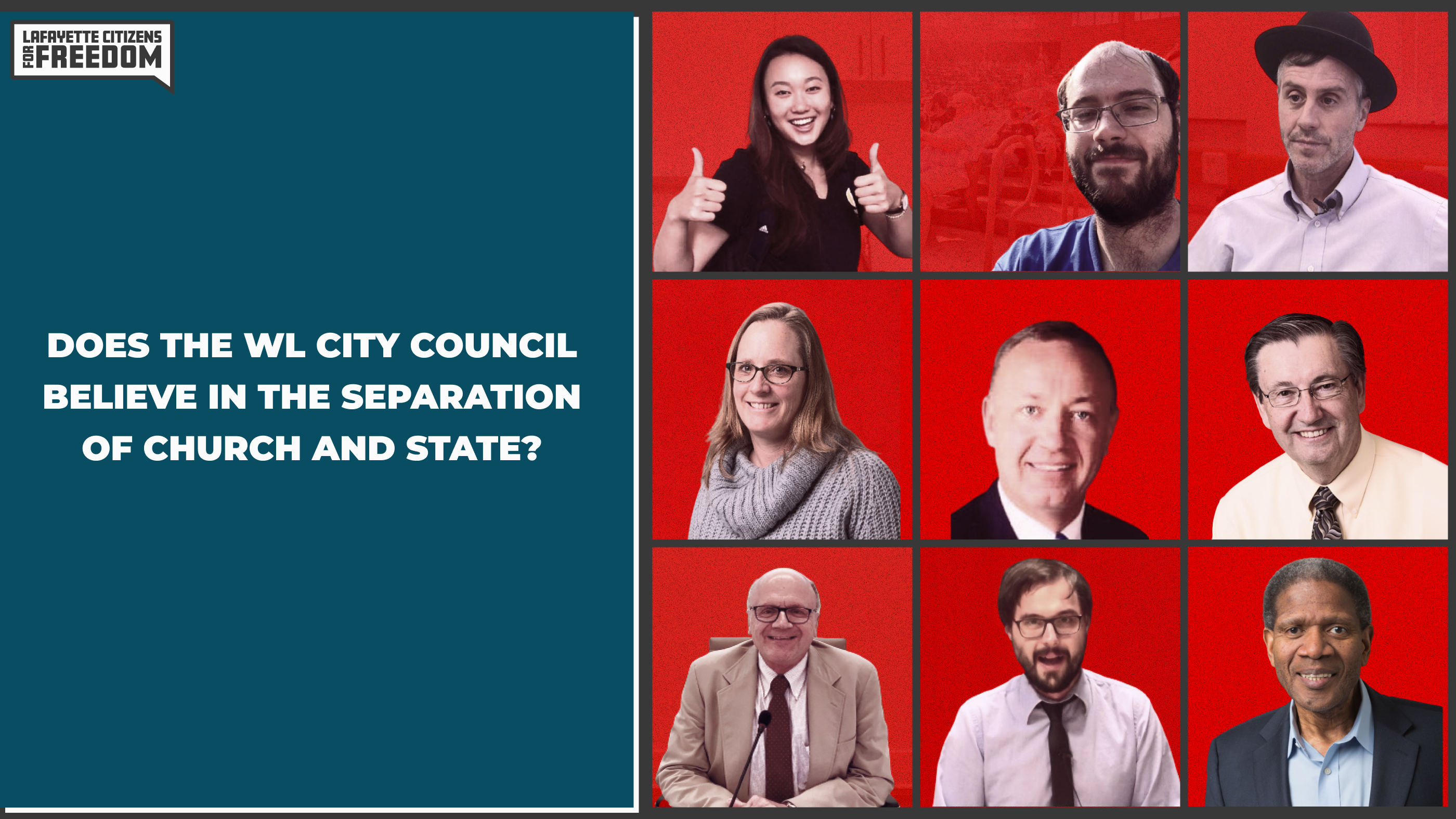 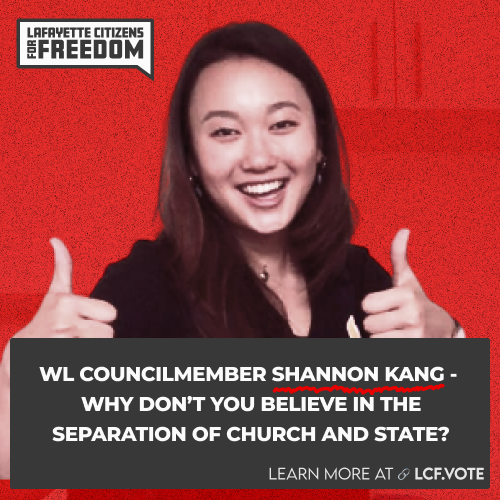 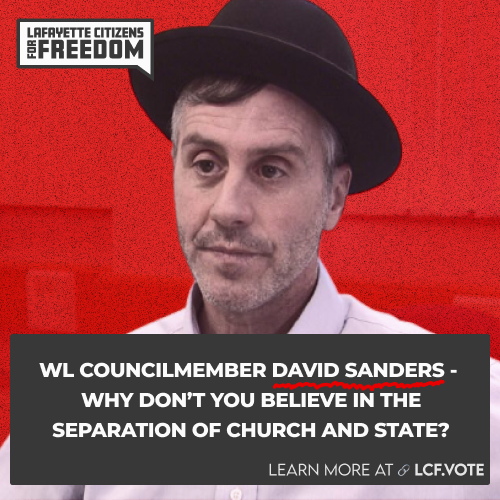 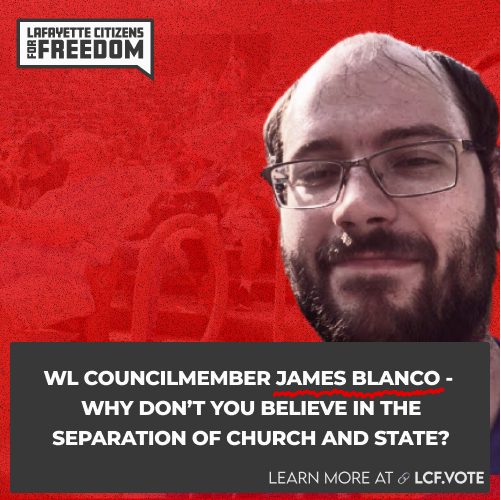 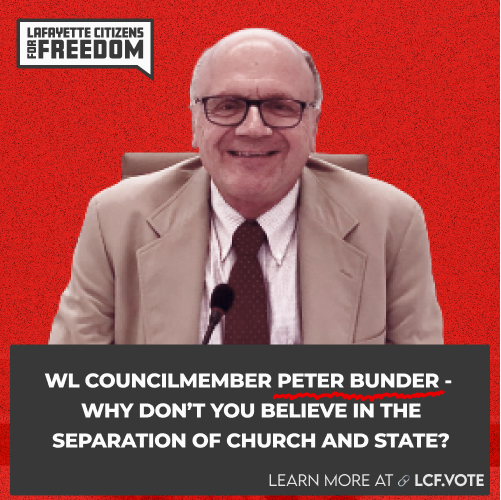 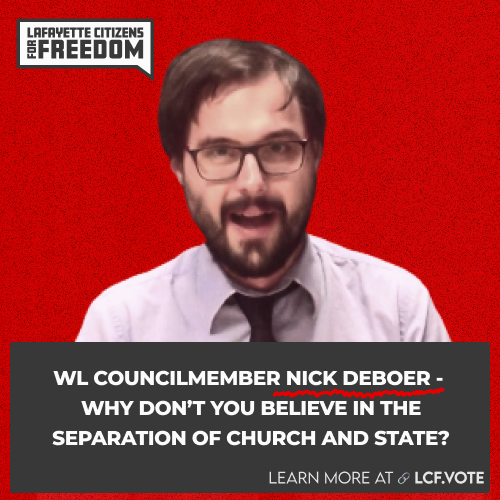 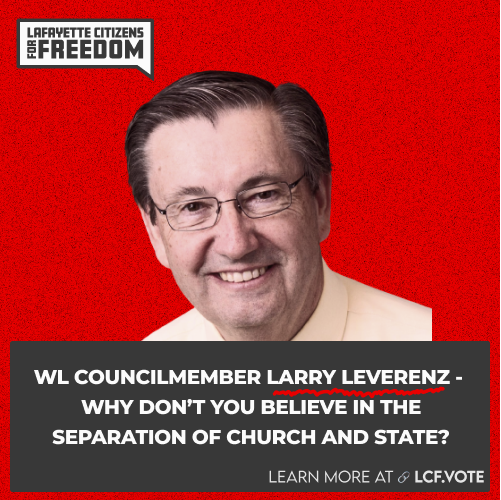 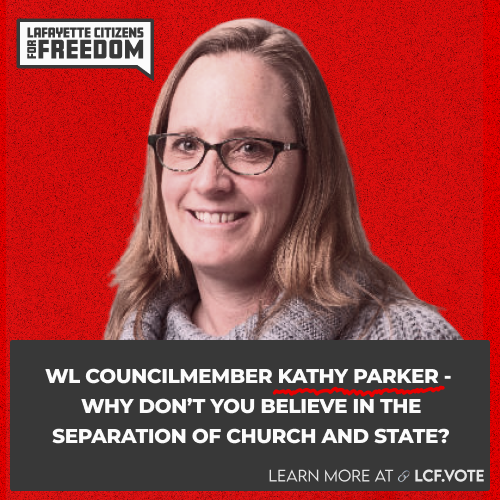